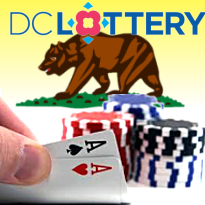 California state legislators are back on the job following their summer recess, and with less than a month to go before the end of the current legislative session (Sept. 9), the pressure is mounting on those who want to see intrastate online poker legislation passed in 2011. A spokesperson for Senate President Pro Tem Darrel Steinberg recently declared that it was “still unclear” whether California senators will find the time to take up the issue this time around.

But that hasn’t stopped the California Online Poker Association (COPA) from turning up the heat. COPA, led by the Morongo and San Manuel Bands of Mission Indians along with prominent card clubs, has unleashed a television and radio ad campaign to pressure legislators to pay particular attention to Sen. Lou Correa’s SB40 legislation.

The TV ads (which can be viewed here) claim the cash-strapped state could add an immediate $250m to its coffers by legalizing online poker, plus “billions in years to come.” The ads (perhaps rather cynically, given the imminent 10-year anniversary of 9/11) feature lots of slo-mo shots of police and fire-fighters running into action. The ads also take a sharp dig at federal poker plans backed by the likes of Caesars Entertainment CEO Gary Loveman, stating the need to ensure that the nation’s largest poker market “not be taken over by Nevada and its casinos.” (Accompanying text reads “Don’t give our money to Nevada!”)

Of course, COPA’s nemeses aren’t all Nevada-based. The California Tribal Business Alliance (CTBA) battled back (on the cheap, mind you) with a sharply worded letter to legislators. CTBA Chairman Robert H. Smith wrote that “numerous stakeholders … stand to be irreparably harmed should legislation be ‘ramrodded’ through this legislative year.” Smith suggests that a pause, followed by careful consideration from all sides, would result in a bill that all California’s warring factions could get behind in 2012. A rousing chorus of Kumbaya, anyone? Anyone?

In other intrastate online poker news, the District of Columbia’s oft-delayed launch of its Intralot-powered DC Lottery online gambling offering won’t necessarily prevent it from meeting its first-year revenue goals. According to DC Council member Michael A. Brown, who spearheaded the passing of DC’s first-in-the-nation legislation, “[the delay] doesn’t mean anything for [fiscal 2012] as long as its gets implemented before too long. We know those numbers [an estimated $2.2m] are conservative, anyway.” A spokesperson for the District’s CFO said there is a “fair amount of confidence” in reaching their stated goals, again, provided the delay doesn’t stretch out forever.

Meanwhile, local killjoy Marie Drissel reacted (how else) negatively to the quote by DC Lottery’s Buddy Roogow in the New York Times over the weekend, which stated that DC gamblers would be able to access the new system “from Starbucks, a restaurant, bar or hotel, or from a private residence.” No dumb cookie, Drissel is now haranguing Starbucks over what stance it intends to take on this issue. “I am extremely concerned that when I enter Starbucks … I will not be able to find a seat because others will be gambling for hours.” Honestly, lady… Did you raise the same objections when the seats were all taken by posers with their noses buried in their laptops, working on their screenplays?