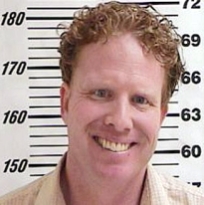 Jeremy Johnson, the St. George, Utah businessman/philanthropist, has been denied bail by a federal magistrate after dramatic testimony from Chad Elie, the payment processing figure indicted on Black Friday. Johnson had been arrested on charges of mail fraud on June 11 at an airport in Phoenix, Arizona while attempting to fly to Costa Rica. Johnson is alleged to have bilked US consumers out of hundreds of millions of dollars via a bogus government-grant scheme.

The Salt Lake Tribune reports that US Magistrate David Nuffer rejected Johnson’s request to post a $1m bond after sensational claims made by Elie, the Las Vegas resident indicted on Black Friday for his role in funneling money from online poker companies through Utah’s SunFirst Bank via Elite Debit, a company Elie co-founded with Johnson.

Appearing under a US Attorney’s Office subpoena, Elie testified that Johnson had shown him huge caches of cash and coins, plus ‘bars and shavings’ of gold and ‘big bricks’ of silver. Prior to the formation of Elite Debit, Johnson showed Elie safes hidden in buildings on Johnson’s grandparents’ property containing cash and “if I had to guess, a couple of million dollars in gold coins.” Elie claims that Johnson told him the caches were being kept hidden in case Johnson was sued or investigated by federal authorities.

Johnson, famous for loaning his personal helicopter fleet to Utah authorities for use in search and rescue operations, once took Elie for a ride over a mountain near St. George, describing it to Elie as “one of the places where [Johnson] kept his gold.” Johnson also showed Elie ‘submersible objects’ with “wads of cash” inside. “He was dropping them in lakes,” Elie claimed.

Johnson has yet to be indicted in connection with the Black Friday case, but Nathan Crane, one of Johnson’s attorneys, told the court that Johnson may be named in a superseding indictment out of federal court beyond the fraud charge he currently faces. In the meantime, we assume hordes of snorkel-equipped Mormons are currently scouring Utah lake bottoms with reckless abandon.