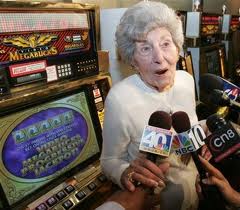 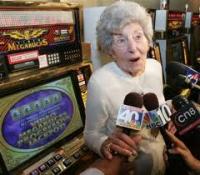 A recent study conducted by Southern Illinois researchers and published in the Journal of Applied Behavioural Analysis, evaluated the effects of gambling on elderly people, the results of the study are quite significant.

It was believed that engaging the elderly in preferred activities and thus improving their quality of life has the potential to produce positive health benefits. It is now clear that one such activity is recreational gambling. Recreational gambling has far reaching positive psychological and physiological effects on the elderly.

The study found that individuals who frequently gambled had higher self-reported health, lower rates of depression, and a greater social support network than their non-gambling peers. Other researchers have noted in the study that gambling is beneficial to the mental health of the elderly because it not only provides a social activity but also involves using problem-solving skills, concentration, and memory.

It all boils down to entertainment and happiness. That’s the whole point of gambling, that is its essence. While there are those opponents of gambling who will argue that gambling drains the elderly’s pensions the fact is, there are other things more harmful than recreational gambling.

And for the elderly, gambling is not only a great form of entertainment that they can do with relative ease, but science has now shown that the activity is also therapeutic. Too bad for Americans, particularly those in Washington State, it would be so much easier to live with Grandma if she could just gamble online.

The study concluded with the acknowledgement that medical breakthroughs have allowed people to live longer, but that additional research is needed to identify factors that promote mental and emotional well-being during these later years of life. It’s obvious now why so many elderly people love playing the slot machines.