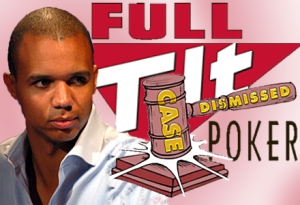 The Wall Street Journal has backed Thursday’s Los Angeles Times report of a deal that would see unnamed investors take a majority stake in Full Tilt Poker, although the WSJ said the deal was “tentative” and not expected to be closed for three weeks. The two people “associated” with Full Tilt that spoke to the WSJ claimed the unnamed investors’ cash would be sufficient to cover the estimated $150m owed to US players.

In other positive FTP news, the lawsuit Phil Ivey filed against Tiltware on June 1 has been voluntarily dismissed without prejudice. Clark County Courthouse records indicate the suit was quashed on Thursday, June 30. Ivey’s decision follows his recent trip to Ireland to meet with FTP principals, which apparently went well enough for the LA Times to quote Ivey’s attorney David Chesnoff as saying his client “believes Full Tilt is taking steps to see that the players are paid.”

Rumors have been swirling that, contrary to earlier assertions that he would skip the 2011 World Series of Poker, Ivey intends to compete in the $50k Poker Player’s Championship event. This would lend even more credence to the notion that US players will eventually get their money back, otherwise, why would Ivey voluntarily offer himself up to the slings and arrows of a bunch of rowdy Rio railbirds?