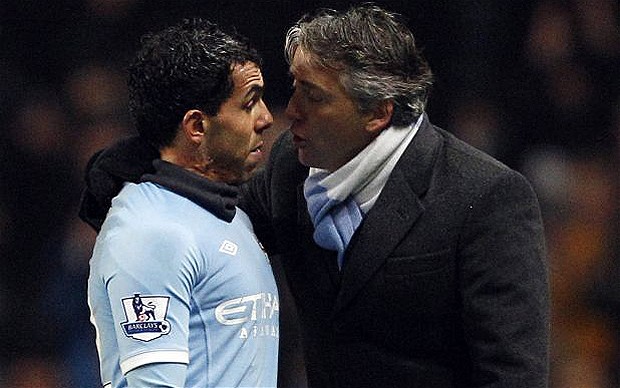 One of Premier League’s highest profile soccer stars is being inadvertently being dragged into the sport’s latest match fixing scandal. Manchester City and star striker Carlos Tevez have been muted in an investigation into certain clubs from the doomed European nation Greece. It’s being reported that City’s match in February with Aris Saloniki was the target of a betting scam with Tevez reportedly mentioned during a telephone conversation.

Prosecutors have got hold of a telephone conversation where Aris midfielder Kostas Mendiros asks team mate and former City player, Nery Castillo, to ask Tevez if he would allow the Greek side to kick off.

A spokesperson for Tevez said, “It is impossible. Carlos has never heard such a thing and no one ever approached him.”

If you add to that Castillo never having actually been at the club at the same time as Carlitos then it’s unlikely that any contact was ever made with the Argentinean. As far as the Greeks are concerned, 15 felony charges were filed last week in relation to the fixing. That includes two Greek Super League club owners and the charges include involvement in criminal activities, fraud, extortion, money laundering, illegal gambling and illegal possession of firearms.

At the top of the list of those being charged are the owners of both Olympiakos Volos and Kavala as well as the coach of Kavala. In total there are 41 matches being investigated by Greek authorities and the list has already been passed onto UEFA who will also investigate further. Although they are oft-criticized it again shows the efforts being made by FIFA and UEFA are getting somewhere after all.