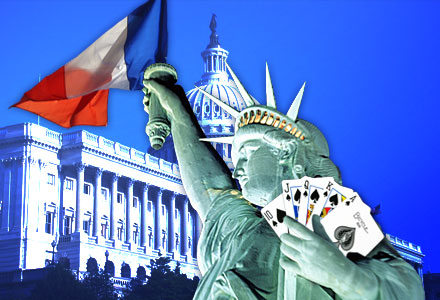 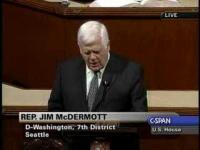 We’ve had some time to review the regulations and weigh the potential consequences of passing H.R. 2230.

This is basically a rejigging of the bill McDermott tried to introduce in 2009 without much traction but here are a few of the highlights or lowlights, if you will.

Despite H.R. 2230 being a federal bill, operators will be required to gain a gaming licence in each state they wish to operate.

Operators will be required to gather tax data from their players for reporting purposes.

Operators won’t just be reporting players’ winnings; the law makes operators responsible for retaining and remitting a 28% withholding tax on all players’ winnings. (28% — and people complain that a 30 cent line on props is hard to beat.)

One interesting aspect is the 30% withholding tax for non-resident “Alien” players; it seems the American government will allow its licensees to open up to non-American players through the internet.

The taxing measures continue with a 2% federal tax on all deposits to the operator and the bill will allow states to impose up to an additional 6% tax.

Considering how often the French are the butt of American jokes (remember Freedom Fries and Liberty Toast?) they’ve clearly modelled their regulation after the French gaming tax law.

Are you feeling taxed to death yet? Well, just one more — but it’s a big one. Clearly designed to punish foreign operators and keep the European public companies out of the US market, H.R. 2230 calls for a 50% tax on all deposits for unlicensed operators in the US that accrues from the passage of the bill.

Sure, H.R. 2230 would regulate online gambling and allow American (and, it seems, non-American) gamblers to open accounts and gamble online, but at what cost?

With its crippling taxes on both the player and the operator, it won’t do anything to discourage Americans from gambling with reputable foreign operators.

Good friend of CalvinAyre.com and all around respected thinker, Dr. Patrick Basham has always said government regulation rarely helps the individual and H.R. 2230 is a perfect example of the government getting involved to make things worse for the players.

Thankfully, this crippling tax bill is unlikely to pass the house anytime soon. With several wars and much bigger fish to fry, H.R. 2230 or one of its clones won’t be passed into law for a few years. Until then, it will be on the states to create their own regulation, which will push real regulation back even further.