Iowa Gov. Terry Branstad has signed a bill allowing Hawkeye State gamblers to make advance deposit wagers on the ponies over the phone or via their computer. The legislation also calls for the Iowa Racing and Gaming Commission to conduct a study of the ramifications of introducing intrastate online poker and to submit recommendations on how best to regulate it. The racing body is required to deliver this report by Dec. 1.

So Iowans can use their computers to bet the ponies, but not poker (at least, not yet). Even though gamblers who bet the ponies are essentially spectators to the outcome of their wager, unlike, say, poker players (the good ones, anyway). About 40% of US states now allow such online pony punting. To be clear, no one is begrudging any US punter who wants to bet the ponies online. But enough with the double standards. 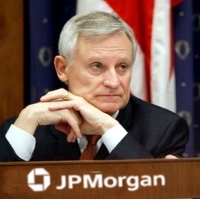 Speaking of, staunch anti-gambling man Rep. Spencer Bacchus (R-AL) is catching fire in his home state of Alabama for seeking to delay greater oversight of Wall Street’s notorious financial derivatives market. During the 2007/08 economic meltdown, Bacchus’ own Jefferson County saw its treasury sodomized by JPMorgan, who’d convinced county officials to enter into interest-rate swap deals to refinance its $3.2b debt. The county wanted money to fix their aging sewer system, which was ironic, because they were soon swimming in a world of shit.

JPMorgan had locked the county into above-market rates and overcharged them $100m for the privilege of doing so. It probably didn’t hurt that JPMorgan had made more than $8m in undisclosed payments to friends of county officials. When the subprime market collapsed, the interest rates on Jefferson County’s swap deals skyrocketed. Inevitably, the county defaulted and the courts turned their sewer system over to a receiver with the power to raise rates to help pay the county’s debts.

Faced with a Securities and Exchange Commission investigation, JPMorgan ultimately chose to walk away from the $647m in fees it was owed from Jefferson County’s swaps. It even gave the county $50m, presumably so residents could all go out and have a nice party and forget their troubles. Just hope they didn’t eat anything spicy, because nowadays it probably costs $5 to flush your toilet in Jefferson County.

Increased oversight of financial derivatives was signed into law last year by President Obama. Regulators are supposed to have workable rules in place by this July. But Bachus, head of the Financial Services Committee, wants this deadline pushed back until Sept. 2012 to make sure the regulators get it right. Democrats claim that this is part of a long-term plan to kill the law, and in the short-term, it prevents regulators from doing much to curb an unrepentant Wall Street’s ongoing excesses.

Bachus wasn’t always so sympathetic to the needs of regulators. In Nov. 2009, he and fellow anti-gambling crusader Sen. Jon Kyl (R-AZ) co-wrote a letter to Treasury Secretary Tim Geithner opposing the proposed one-year delay in implementing the UIGEA regulations. Bachus said there was “no justification for delaying the compliance date.” So what justification is there for delaying Wall Street’s compliance? Well, according to the Center for Responsive Politics, JPMorgan is Bachus’ single biggest campaign contributor. Just sayin’.

So, to sum up: you can use your computer to bet on ponies, but if you use it to play poker, the government will confiscate your bankroll and prosecute those who allowed you to play. Furthermore, the American people need to be actively prevented from clicking their mouse and losing their house, but there’s no great rush to stop the investment bankers who click their mice and destroy a nation’s economy, one county at a time. God bless America.