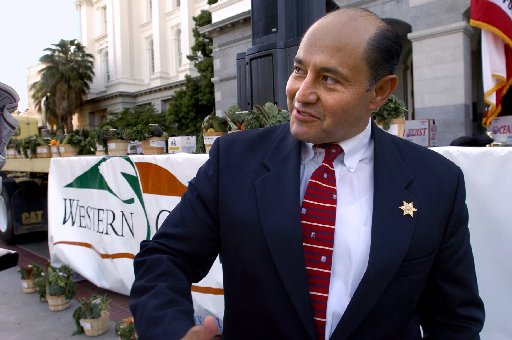 State Senator Lou Correa has announced that Senate Bill 40 will be amended with the May 9th amendments and pushed through the legislature as an “urgency bill.” According the district’s website,   Correa cited the need for California to act fast to secure potential online poker revenue before the opportunity is lost.

“With federal action looming and the market wide open, we have to quickly authorize online poker in California,” Sen. Lou Correa stated on the district’s website.  “To delay will mean loss of more than $1.4 billion in new state revenue at a time when it is severely needed.”

According to amendments introduced on March 31, the California Gambling Control Commission would authorize three sites, then add up to two additional Internet poker websites within three years.

Opponents of Correa’s approach say the bill has been largely driven by the California Online Poker Association (COPA), and it favors the Morongo Band of Mission Indians.

Patrick Dorinson, a former spokesman for COPA and Morongo, commented to PGRI saying, “If you look at their demands, they would appear to give special treatment to COPA and carve out a site for them…I think it’s highly unlikely that kind of bill would get consensus in the Legislature. The way to do this is have an open market, where all current California licensees, tribes and card rooms, could have their own sites.”

If only the self-proclaimed Cowboy Libertarian Patrick Dorinson’s words could be taken to heart. He has his own interests.
There are two poker bills currently alive in the Legislature. The other is SB 45 which is championed by Sen. Rod Wright. Opponents to Correa’s bill tend to feel that Wright’s is more aimed at creating a general framework for online gaming.