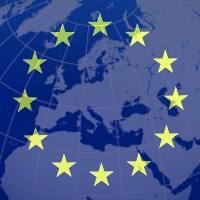 Slovakia’s Association of Betting Companies (ABC) believes ‘illegal’ operators are costing them anywhere from €2.5-5b every year. Speaking at the International Ice Hockey Federation World Championship, the ABC spokesman said that unlike licensed operators, which pay 5% of their receipts to the state, illegal operators pay no taxes. The TASR newswire quoted Otto Berger, director of betting outfit Niké, as noting that “a tram is traveling through the city propagating Bet-At-Home [a major sponsor of the tournament]. They opened a tent in the fan zone … luring in the under-aged.” Damn, is Bet-At-Home running a betting operation or a gingerbread house? Or is there really such a thing as a gingerbread tent, and if so, where can we buy one?

Following the European Commission’s second rejection of Greece’s proposed gaming laws, the cash-strapped Greek government is frantically looking for some quick alternative means of filling their empty coffers. Re-enter the Scratch Card, a type of gambling that used to be offered to Greeks via a joint venture of Intralot and Scientific Games, but has been off the market since 2003. Greece hopes to raise €300m from issuing Scratch Card licenses, and Deutsche Bank estimates each license would be worth €75m. Scientific Games is expected to make a bid for a license, as are Italian Lottomatica and OPAP. Greece is also looking for a strategic investor in its state lottery. Oh, and if anyone’s interested in a slightly used Parthenon, no reasonable offer will be refused.

Intralot Italia, the Greek betting operator’s Italian offshoot, has signed an agreement with Telecom Italia to allow punters to make sports bets from home via their remote control. Cubovision, which works similar to Betfair’s app on Fetch TV, will doubtless come as a boon to weary Italian mothers, who previously had to interrupt washing their 40-year-old son’s clothes and walk all the way over to his computer to place his footie bet for him. Now, assuming their son has an Intralot account, these same mothers will only have to walk as far as the couch, take the remote from their balding bambino’s hands and press a few buttons. (On that note, we remind all of you that Mother’s Day is fast approaching, so get her something nice this year, you ungrateful sods.)

Completing our European roundup, former Ladbrokes employee Aren De Vos has been sentenced to five years in prison for thieving over £2.5m from the company between 2000 and 2010. De Vos, a financial consultant at the Ladbrokes head office, set up a fake company called Impact Sports Ltd., through which he funneled 64 e-check requisitions to fund what the judge called his ‘lavish lifestyle.’ Lads management eventually smelled a rat, leading to De Vos’ arrest on Nov. 11, 2010. Wonder how long it will be before De Vos’ cellmate introduces him to other kinds of ‘impact sports.’