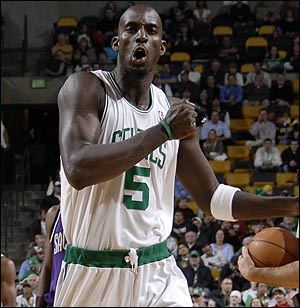 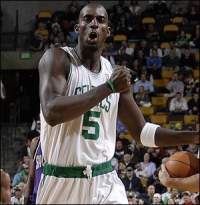 Despite a brilliant offensive performance from Carmelo Anthony, the New York Knicks lost yet another heartbreaker at the TD Garden as the Boston Celtics took win 2 of their first round matchup.

The Knicks were beat up from the very beginning. Heading into the game the Knicks were already without Chauncey Billups and shortly into the first half, the injury bug struck again. When Amare Stoudamire was forced to leave the game with back spasms, it looked like the Knicks were on the verge of being blown out, but Carmelo Anthony refused to go quietly.

Anthony scored from everywhere and displayed his full repertoire en route to a 42 point outburst, but it still wasn’t enough. Rajon Rondo went for a playoff career high, scoring 30 points on layups while Kevin Garnett saved his heroics for the dying seconds of the game. Doc Rivers once again pushed the right button with his play call and KG delivered.

The Celtics may have held home court, but it looked shaky, very shaky. The Celtics struggled to defeat the Knicks 96-93 even though the Knicks were without their key players and half of their starting lineup. It won’t be surprising if the Knicks hold home court if they are healthy.

That said, Carmelo Anthony showed the world why he was worth the Knicks giving up their entire team to get him. Anthony showed that despite all the negative hype, he can actually play defence, and he’s capable of beating teams by himself; which is a good thing for the Knicks in light of their current situation.

Considering Doc Rivers has out-coached D’Antoni and the Knicks are playing with a skeleton crew, Carmelo might have to average in the mid 30’s for the Knicks to avoid getting swept.