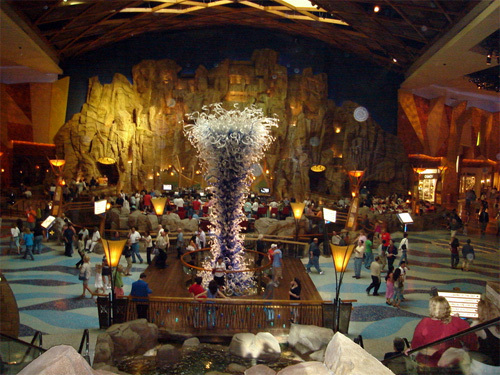 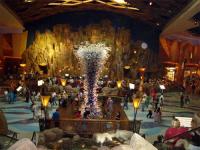 Florida millionaire Jerome Powers is doing his best to anger the land-based casino gods. Nobody likes a sore loser and no one likes a man who won’t pay his debt, especially casinos. The Mohegan Sun Casino took Powers to court claiming that Powers walked away from $1.2 million in gambling debt.

Powers didn’t deny it, he’s already admitted and submitted court documents showing a line of credit with Mohegan Sun Casino. Instead, Powers is trying to use a legal loophole to avoid paying his debt. Powers has argued that the credit agreement was an illegal gambling contract under state law and that state courts have no jurisdiction because the casino is run by the sovereign Mohegan Tribe.
The case has yet to be resolved as Powers continues to appeal an earlier court decision that would allow Mohegan Sun some retribution.
It’s not clear why Jerome Powers, a successful businessman is acting like Kenny Powers.

Judges have rejected his arguments in the past and hopefully they will continue to do so, if only on principle alone. Once one rich millionaire doesn’t have to pay his/her gambling debt, next thing you know all of the stingy whales will be looking at legal loopholes to circumvent casinos.

In an age where some casinos are pulling back their benefits and comps due to trying financial times, this is exactly the type of situation many such casinos fear. The stingy whale.

It’s not like Jerome Powers is as broke as O.J Simpson, he has money. Powers is the chief executive and co-chairman of Plum TV, and according to a November story in The Miami Herald, Powers sold the Ocean Drive magazine he founded in 1991 for more than $33 million in late 2007.

According to an article in Business Week, Powers also told the New York Post earlier in 2007 that he and Ocean Drive Media had a five-year, $20 million magazine deal with billionaire Donald Trump, but declined to disclose the details.

So he has money of his own, he’d just rather spend the casino’s money and never pay it back, it seems. Perhaps the saddest part of this whole ordeal is that it’s not the first time the Mohegan Sun has been ripped by a whale.