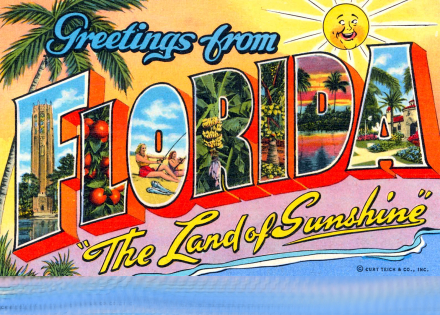 Another day, another US state creeps closer to giving the legislative stamp of approval to online poker. Florida’s Senate Regulated Industries Committee has approved a bill that would create an intrastate online poker network in the Sunshine State. The bill, SB812, was passed by a vote of 10-2 (five Republicans and five Democrats in favor), with Senators Jim Norman (R-Tampa) and Steve Wise (R-Jacksonville) casting the ‘no’ votes. Assuming the bill comes up for a vote by the full legislature and subsequently gets the nod of Florida’s governor, up to three ‘hub’ operators would be chosen by competitive bids to create a State Internet Poker Network tied to Florida’s current 23 pari-mutuel tracks and jai alai frontons. 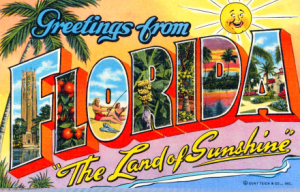 The original bill stipulated that would-be operators would need to hold a gaming or lottery license somewhere in the US, but this has been replaced by the requirement that an operator have “existing and established experience with Internet gaming, or is licensed to conduct Internet gaming activities, in one or more jurisdictions anywhere in the world where Internet gaming is legal and regulated.” (Read the amended bill here.) Subcontractors could not have accepted any wagers from Florida residents since the UIGEA was signed into law in 2006.

Hub operators would pay the state 10% of gross revenues on a monthly basis, in addition to an annual $500k license fee. They also have to make a $10m non-refundable payment up front, to be applied against future revenues. Florida’s card rooms can apply for affiliate licenses, but these licenses could only be renewed if the card room provided at least 1% of the total annual revenue generated statewide. The network’s players must be physically located within state borders.

The bill’s sponsor, Sen. Miguel Diaz de la Portilla (R-Miami) claims the bill would protect Florida poker players “from having their identity stolen, from having their financial information stolen, from being easy prey from entities that operate offshore.” Clearly, Miguel hasn’t read the reports showing that popular news and social media sites are far greater sources of malware and identity theft than online gambling sites. At any rate, while Miguel’s heart (unlike his logic) may be in the right place, this bill is still a long way from becoming the law of the land. Following the vote, Gambling Compliance editor Chris Krafcik (@CKrafcik) tweeted that “a Tallahassee lobbyist told me ‘no chance’ it becomes law.” Time will tell. We’ll keep you posted.

A Christmas present from the DoJ: Internet lotteries (and poker?) are legal
I Nelson Rose
25 December 2011