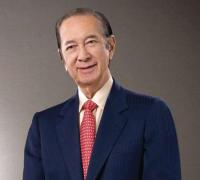 The ongoing saga continues with Asian casino king Stanley Ho. First he was being hoodwinked by his family, then he wasn’t, it was his lawyer that was snaking him, then his lawyer released video pointing to his innocence and on and on it has gone. We may never know the absolute truth of how everything played out behind closed doors or the power struggle for control of casino operator Sociedade de Jogos de Macau, or SJM. It would probably make an excellent film.

For what it’s worth, Ho announced Thursday that he has dropped a lawsuit against some of his family members.
It’s been reported that Ho settled an inheritance dispute over a stake in his casino empire worth about $1.5 billion. A joint statement released by Ho and his family said the dispute had been “fully resolved” and an agreement reached.

According to the statement, “We have agreed that we will work together to and continue to develop the gambling business in Macau founded by Dr. Ho,” it said.

Will this be the end of the Ho saga of claims and counterclaims? Let`s hope so.

On a lighter note, seeing how Stanley Ho has four women he calls his wives, wouldn`t it be interesting to see a reality TV Show about the lives of the wives of Stanley Ho? They have an NBA wives reality TV show and none of those women roll with a billionaire. The only problem would be deciding on a suitable name for the show, which could be difficult… I don`t think the name “Ho’s” would fly.