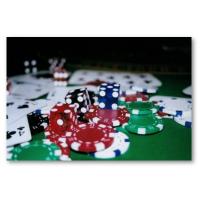 As the iGaming Asia Congress concluded earlier today and most decided that the Playboy Party was the best place to be, the repercussions of one discussion may shape the direction online gambling goes in some parts of the Far East.

A key contributor to the discussions was Cagayan Economic Zone Authority administrator Jose Mari Ponce who echoed what is said above and added that, “there are jurisdictions that have online gaming but are not regulated. They give no protection either to investors or to players”.

He also said “The lack of regulation is preventing us from tapping that potential for gaming in Asia. The current outlook is that online [gaming] is a competitor of land-based gaming. I don’t agree. I believe it’s a way to open up a wider market.”

It comes after a spokesperson from the Gaming Inspection and Coordrination Bureau (DICJ) last year told the Macau Daily Times that the government was “studying the feasibility of drafting a law for regulating online gambling,” but that there was no specific timetable for anything to happen any time soon

Videos from the iGaming Asia congress can be seen here, as Dana Workman gives a rundown on everything that been going down over in Macau and we’ll have a further party review of what went down at the Playboy Club at tonight’s party.