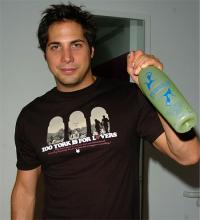 At first glance, it may not be that obvious but the pornographic movie business and gambling industry have more in common than a few topless pics right here on the tablog.

Back in 2007, when he was in the clink, the quarrel between Steve Wynn and Girls Gone Wild (GGW) producer Joe Francis began in earnest with the casino magnate demanding around $2.5million in unpaid debts. Francis paid Wynn $500k and hoped that he’d sod off and be happy with some return on his investment. The Wynnster wasn’t and this is where we find ourselves now.

If the latest reports are to be believed, he could have had his money quite a while back.

Francis, who has in the past been indicted for crimes against the IRS, reportedly told a Wynn executive that he was willing to pay off the remaining $2million of the debt as long as it could never be traced back to him. It’s much like if you surfed onto GGW and didn’t want the wife to see so you used the privacy settings. It’s ok; we’ve all done it!

Larry Altschul, an executive vice president, had the conversation with Francis. Details were as follows: “He told me he was still going to make good on the debt. And then he asked me to research something, that the reason he wanted me to come there is he could pay through a third person as long as it wasn’t traceable back to him or … an account. But the key was it couldn’t be traced back to him.”

The case rolls but with every passing day the hole that Francis finds himself in seems to be gaping even wider as time goes on.