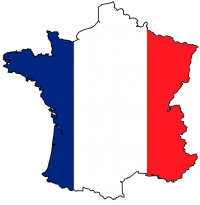 France has allowed the online gambling industry to step foot on their hallowed turf since the middle of last year and so far not a lot of people like what’s going on in the old kingdom of Gaul. Much criticism of the newly regulated market is coming from within their borders and today’s newsletter from the European Betting and Gaming Association reiterated this ever further.

The French Competition Authority (FCA) has added to the woes of the French legislation by flagging up a number of problems that still exist within the French market.

Their main concerns are with the two former monopolies that were operated by Francaise des Jeux (FDJ) and Pari Mutuel Urbain (PMU), risks of cross subsidization, specific risks related to the horse-race betting sector, sports betting right and high price, and ceiling on pay back ratio for horse race and sport betting.

In particular, one of their main points of contention is the advantage being gained by the two land-based providers FDJ and PMU.

FCA said that: “Two competition concerns can be identified in relation to the use of the customer base of FDJ and PMU in order to develop their activities for online gaming: The prohibition for alternative operators to use the customer accounts opened before being granted the license from ARJEL. Secondly, the use by FDJ and PMU of their existing customer base under their monopoly activities to prospect online customers”

They also added: “The availability of PMU and FDJ’s offline points of sale, under preferential conditions, to develop their online activities that are subject to competition could lead to a distortion at the expense of alternative operators that don’t have such opportunity”

The FCA also went on to say that PMU is far and away the leader in the horse-race betting sector taking 80-95% of the stakes. In terms of a solution they made the following comment.

“In order to allow for the development of small horse-racing operators, the Authority recommends in the first place that the competitive disequilibrium for complex bets which is connected to the pooling of the stakes collected by PMU be corrected thanks to a compensation mechanism between races. If this line is not followed, it could be then envisaged to allow temporarily operators to offer fixed odds”

According to Sigrid Ligné, Secretary General of the EGBA “The Authority’s opinion provides a much expected clarification on the dysfunctions of the French market and the numerous legal weaknesses of the legislation adopted in 2010. It confirms the real limitations of the opening as claimed by the Government”.

There we again have more criticism being leveled at the French market. With the European Commission’s decision to launch a formal investigation against one of its key provisions: the levy to finance horse racing companies, due to their belief it contains the features of an illegal state aid, we might see some sort of change over the coming months.