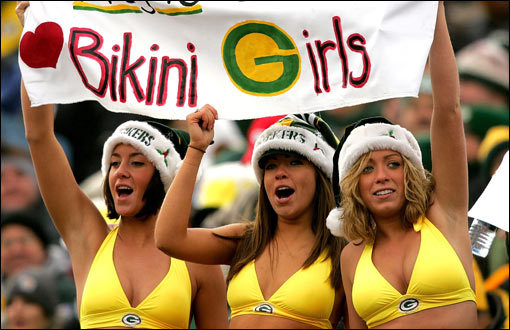 Over here in the UK many find it hard to grasp the concept of professional sports in the USA. The questions that come up can be anything from why doesn’t the same team win every year, isn’t American Football just rugby for pussies, and why are teams allowed to move cities whenever they want?

Well it’s that first question of unpredictability that should move many on the other side of the pond to start watching sports from North America and this weekend’s NFL action only goes to back it up.

If it goes their way on Sunday, two number six seeds (Green Bay Packers and New York Jets) could contest a Super Bowl for the first time ever. However, the fact that one of the match-ups pits two of the NFL’s most storied franchises against each other means that gambling has been feverish in recent days.

Chicago vs Green Bay is one for the ages and given the local affinity that exists for both teams gambling has been rising in the lead-up to the games.

Richard Gardner, sportsbook manager at Bodog, told htrnews.com that betting for the NFC championship game has been heavy so far, especially in the Chicago and Green Bay areas, with an unsurprising 65 percent of bets placed on the Packers to cover the 3.5 spread.

Instead of the conventional bets on Sunday’s two games it may well be better to urge the online sports books to adopt some novelty bets for the ages.

Aaron Rodgers going down with a third concussion before leading a winning drive in the fourth quarter after discovering the healing properties of a hat entirely made from cheese could be one. How about Bill Belichick turning up on Sunday night in Pittsburgh and kneeling behind Rex Ryan whilst Ben Roethlisberger pushes the Jet’s coach over to the amusement of a national TV audience. Now that would be something to see and you can safely say the odds would be more than favourable.