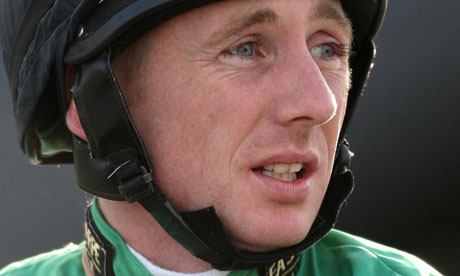 The race to become the most successful four legged animal rider in the whole of Lilliput became no clearer yesterday as the respective contenders are still separated by the same amount of winners. Paul Hanagan, aiming to become only the second man from the North of England to win the jockey’s title, stayed eight winners ahead of the Irish challenger Richard Hughes.

Both jockeys won two races each yesterday; Hughes will be the more disappointed of the two though. The Irishman saddled 14 over two different sites and to return with only two winners will be mightily disheartening. It won’t stop the man from Dublin though. Ahead of next week’s Breeders Cup in the USA, Hughes has 11 mounts at two sites again today. Four will be at Lingfield before he travels north to Wolverhampton for another seven. Hanagan will be head-to-head with Hughes at Wolverhampton this evening on a day when the Irishman could conceivably pass the Englishman. Whoever said that horse racing wasn’t exciting, eh?

What would make it more exciting? The two of them having a bout of fisticuffs on horse-back, whilst crossing the finish line. Watch this space!