Home / Business / Betfair claims their IPO is covered — at what cost? 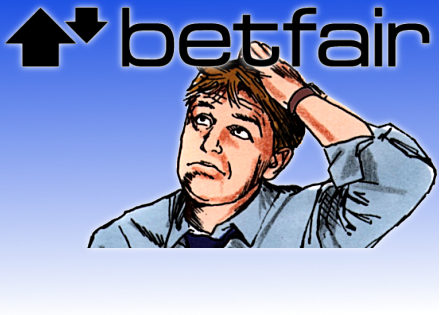 The bankers handing the initial public offering of betting exchange Betfair claim to have attracted sufficient interest among the moneyed classes to cover the 10% of shares being put up for sale. The 10% figure is significantly smaller than the 25% companies are traditionally expected to float, but Betfair was given a pass, supposedly because of their pre-existing diverse shareholder base. Frankly, we suspect there’s an entirely different motive behind Betfair’s decision.

Betfair’s tactic reminds us of a strategy rock and roll managers like to use when choosing venues for their up and coming bands when they send them out on tour. Imagine that a town has two possible venues, one with a capacity of 1,000, the other with 2,000. The manager expects the band to attract 1,500 ticket buyers, so he has a choice to make. Put the band in the smaller venue and you forego the revenue of those 500 ticket buyers who won’t get in. Put the band in the larger venue, and you may get the short-term benefit of those extra 500 tickets sold, but you’ll end up with a band playing to a lot of empty seats. And perception can be everything. In the smaller venue, everyone inside will be cheek to jowl, with hundreds more outside seeking to join them – you’ve created an event, one that will make everyone who couldn’t get in that much more determined to get in line early the next time the band comes to town.

Of course, there’s the larger issue of exactly why Betfair is taking the company down the publicly traded route at all. There’s no ‘new’ stock being issued, as the 10% up for grabs is already held by existing shareholders, so it’s not like they’re trying to raise capital to fund some kind of massive expansion of their business. They’re also not carrying any debt they need to pay off with the proceeds of the stock sale, although the same might not be true for the individual existing shareholders (we haven’t been invited to study their ATM slips recently), so it could be a simple exit strategy to allow old cowboys to ride off into the sunset with big wads of cash stuffed into their saddle bags.

These same cowboys may also not particularly relish the idea of sticking around to deal with the aftermath of this IPO, and all the extra hands that will now be looking to take hold of the company’s reins. We’ve said it before, and we’ll go on saying it — we believe the public company model is the wrong structure for the online gaming industry. Betfair may think they’re giving themselves a veneer of respectability by seeing their name on the FTSE 250, but we think they’ll ultimately find it a bit like a thick fur coat – awfully stylish right now, but one that will seem awfully uncomfortable when the climate gets a little hotter.