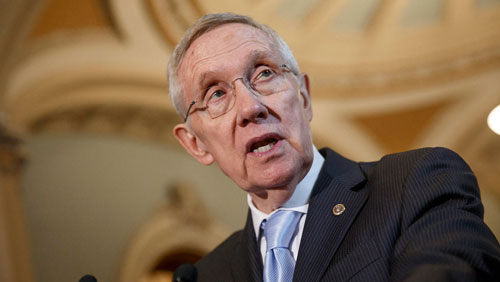 Now that Nevada Sen. Harry Reid has come out in favor of legalized online poker, some of the state’s casino execs are saying he shouldn’t oughta have said that. “If you want Nevada to survive, you don’t open that door … you don’t even open it an inch,” says one land-based Luddite, er, exec. Clearly, these guys doesn’t relish the idea of competition, but make no mistake, competition is coming.

It’s reminiscent of the situation a half-century ago, when the railroads enjoyed near monopolistic control over the moving of people and goods across continental America, and thus were among the nation’s most powerful companies. When air travel came along, most railroad execs passed up the chance to get in on air travel’s ground floor, in part because they made the mistake of seeing themselves as being in the railroad business, rather than in the transportation business. So… when was the last time you or anyone else you know traveled from New York to L.A. by rail?

As Calvin Ayre has stated, convergence will be a key factor in determining winners from losers in the gaming industry. Bodog Europe recognizes this, which is part of the reason they took a baby step into offline gaming this weekend at Craven Cottage. Some of Nevada’s major land-based casino companies also recognize this, which is why Harrah’s and MGM Resorts are building contingency plans to make the move online, should the legal drawbridge ever be lowered. Perhaps the smaller casinos have reason to be concerned because of another theory in which Calvin believes strongly, namely, that the future belongs to companies with strong brands. And if you haven’t been putting in the effort to build your brand, you only have yourself to blame. Read more.