There’s no doubt that Paddy Power has done a good job in branding itself as the novelty betting bookmaker. It will offer odds on pretty much any topical news event and establish a betting angle in order to earn itself publicity. 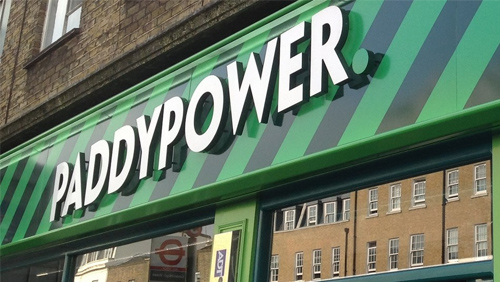 Indeed the more controversial the story the more likely it will seize upon it, which is why offering odds on markets such as which animal will be the first to become extinct due to the BP oil spill or who will replace the Pope once he resigns due to recent child molestation scandals in the Catholic church are deemed to be fair game.

It’s a tried and tested formula that was originally conceived by Blue Square, who first targeted the cheeky chappy 20 to 30 something demographic in the UK with thought-provoking advertising and odds markets and cornered the marketplace at the start of the online gaming revolution a decade ago until it was taken over by The Rank Group – at which point it just became boringly mainstream and left the space for Green Square to exploit.

The Irish bookmaker’s approach has been clever, though, because not only does it manage to generate free newspaper and website column inches worldwide, but it has been prepared to back up its controversial image with targeted advertising campaigns, such as the blind footballers advert.

In fact the nearer the knuckle its ad campaigns, the better the publicity. One of its adverts, in which a group of disabled diners do a runner from a curry house in their wheelchairs, was banned by the advertising watchdog – and you get the feeling that was their intention all along. Like a notorious footballer who gets on the front page as well as the back page of the newspapers, Paddy Power operates on the premise that any publicity is good publicity.

All of the above is well-conceived, deliberate branding, which is worthy of commendation. But its the insistence on offering odds on anything and everything that lets it down. You can guarantee that as soon as any news story breaks, like Ronaldo having a lovechild, for example, they will offer odds on who the mother is. This isn’t creative marketing. It’s predictable and dull.

As is its claim that novelty marketing is in itself a big earner. “We’re in the entertainment game,” claims Sharon McHugh, Paddy Power’s PR agent. Erm, no you’re not Sharon, you’re in the bookmaking game. “We believe that if people are talking about something in the pub with their friends, they should be able to bet on it. We’re lucky enough that a lot of the ideas come to us through our customer requesting odds or suggesting we offer odds on something.”

Yeah right. Or maybe just your marketing team. Their latest claim is that the prediction of Paul The Octopus has turned the World Cup final betting around on its head. Actually, no it hasn’t, because Spain have been the tournament favourites ever since Brazil got knocked out of the tournament, so Paul the Octopus has got sweet FA to do with punters’ betting habits. But then that wouldn’t be a good story, would it?

To establish itself Paddy Power’s branding has been strong. It has sold itself as brazen and controversial and good for a laugh – and has been prepared to back up this position with considerable advertising Euro. But it’s now time it credited the betting man with more intelligence. Like an attention-seeking child who just won’t shut up, someone needs to tell Paddy Power that it’s overtired, showing off and past its bedtime. So it might as well be me.