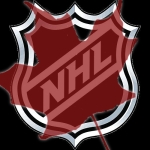 There might not be any Canadian-based NHL teams in this year’s Stanley Cup final between the Chicago Blackhawks and the Philadelphia Flyers, but that’s something of a technicality, given that more than half of all players who have suited up for either team during these playoffs hail from the Great White North. Hell, both captains are Canadian, as well. In that spirt, here’s the most Canadian joke we can recall:

It’s Game 7 of the Stanley Cup Final, and a man heads to his seat right at center ice. He sits down, notices that the seat next to him is empty. Leaning over, he asks his neighbor if someone will be sitting there.
“No,” says the neighbor. “The seat is empty.”
“This is incredible,” said the man. “Who in their right mind would have a seat for the Stanley Cup and not use it?”
The neighbor replied “Actually, the seat belongs to me. I was supposed to come with my wife, but she recently passed away. In fact, this will be the first Stanley Cup we won’t attend together since we were married.”
“Oh, I’m so sorry to hear that. But isn’t there someone else to take her seat? A friend or relative? Even a neighbor?”
The man shook his head. “They’re all at the funeral.”

Or they’re all here, placing a wager on the outcome.