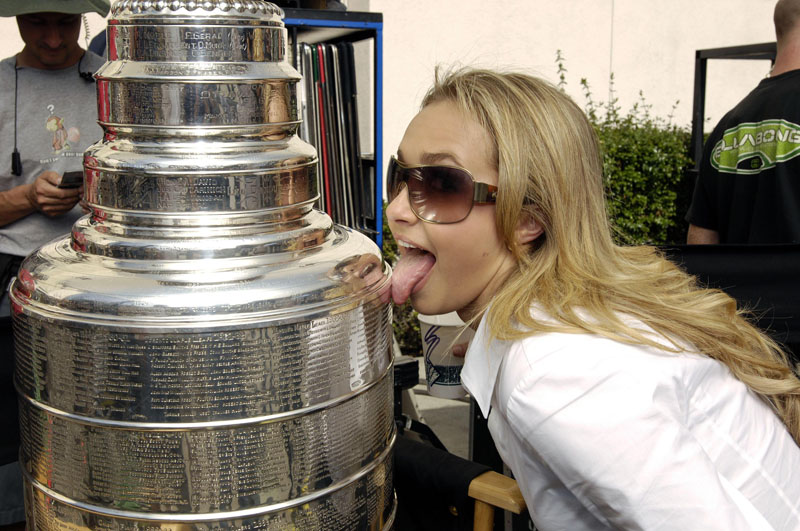 It took long enough, but the Stanley Cup Finals are finally here. The upstart Chicago Blackhawks get ready to host the resilient Philadelphia Flyers in what should be a hard hitting and exciting Stanley Cup Final.

It’s a fairly evenly matched series, both captain are good Canadian kids who know a little something about winning big games. Both captains, Jonathan Toews and Mike Richards were linemates for team Canada earlier this year when they won gold at the Vancouver Olympics. Both captains are young, but excellent leaders and their hard working, gritty style of play has become their team’s bread and butter. I would give the edge in the forwards to the Blackhawks, who with the likes of the mullet flying Patrick Kane and other high octane forwards have the speed advantage. The Flyers are hoping the return of super sniper Jeff Carter will give them an extra offensive boost.

There’s several key matchups in this series but it may the play between the pipes that could ultimately determine who will win sport’s most coveted piece of hardware, Lord Stanley’s Cup. Everyone likes to believe you need a top tier goaltender to have a chance at the cup, but both of these finalist have goalies that are relatively unknown. The Blackhawks have shelved Huet in place of Niemi who has looked like an allstar during these playoffs. As for the Flyers, when their starter Boucher went down, they turned to Michael Leighton who had previously considered a career move to Russia, but now finds himself in the Stanley Cup Final. Leighton has been stellar between the pipes for the Flyers and outplayed the hot goaltending of the Montreal’s Jaroslav Halak in the Eastern Conference Final. These two teams are so evenly matched that it may likely come down to which goaltender continues to play out of his ass in the final.

The play in front of the net could decide this series. Both teams have solid defense, but the edge has to go to Chicago with Keith and Seabrook. The two Canadian defensemen have already won gold medals this year and are looking to add a Stanley Cup ring to their already impressive resume. On the other end of the ice, Chris Pronger, who always seems to be in the Stanley Cup Final will certainly have his hands full in trying to keep the crease menace Dustin Byfuglien in check. Byfuglien has been on fire in these playoffs scoring big goals for his team every time they need it. He can expect a cross check or two from Pronger who has no problem taking a few cheap penalties to get his point across.

Both teams are hot going into this final, and it’s hard to picture this thing going less than seven games. Both teams will be fighting tooth and nail to end the Stanley Cup drought in their respective cities, Chicago hasn’t won the cup since 1961 and the Flyers, the first non original six team to win the Stanley cup, will be looking win their first cup since the 1974-75 season. Oddsmakers have the Blackhawks favored in the series, but as the Bruins learned, don’t count out the boys from Philly.