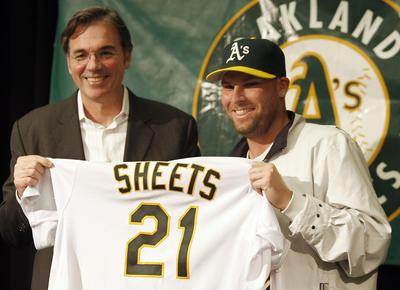 The Oakland A’s $10 million dollar man Ben Sheets may not have believed doctors when they told him they had the technology, and that they could surgically repair his injured elbow, make him throw faster, stronger and a better lover. I made that last one up, but Sheets will be getting plenty of love in Oakland after a sparkling performance that shut out the cross state San Francisco Giants in 3-0 A’s victory. The way Sheets has been hurling the ball, anytime he’s on the mound Oakland is a hot pick. The A’s have won 3 out his last four starts. Read more.