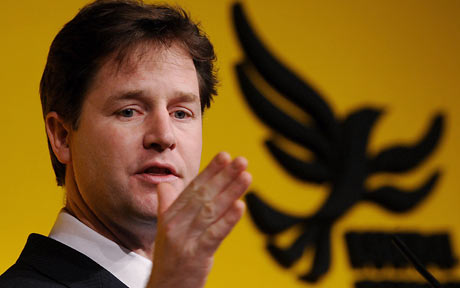 Liberal Democrat leader Nick Clegg has taken a lot of stick for selling out to the Tories – but how else was the guy supposed to get any of his Party’s measures through? Now, the UK’s Deputy Prime Minister has launched “the biggest shake-up of [the UK’s] democracy” in 178 years by calling on the public to nominate laws to be repealed, as part of a “power revolution”.

Say what you like about the Lib Dems but getting rid of laws periodically is actually a great idea. One of the greatest problems of all governments is that they all tend to be one-way streets, where decisions are made for the benefit the existing institutions rather than the betterment of the lives of their citizens. All governments should periodically be forced to get rid of laws that don’t work. Why does the UIGEA spring to mind here? Read more.