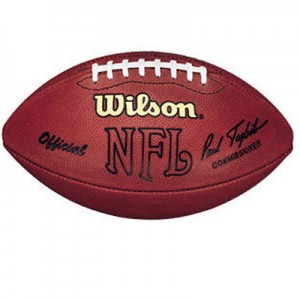 While fans look forward to the big name NFL free agent signings to see what teams are making the biggest moves in the offseason, sportsbooks and sports bettors are also taking notes as the landscape of the NFL has seemingly changed overnight. The Chicago Bears get the award thus far for the biggest signings as their team just got serious makeover. Read more.

The Bears defensive line just leaped into the upper echelon in the NFL with the signing of free agent Julius Peppers. As soon as Brian Urlacher gets back into action with Lance Briggs this defensive line will be deadly. The Bears also boosted their offense by acquiring all purpose back Chester Taylor and tight end Brian Manumaleuna, whose blocking prowess should give Jay Cutler more time to throw, something he desperately needs.

Other big names signed include Anquan Boldin, who the Ravens picked up for some draft picks. Boldin should add another dimension to the Ravens offense and a primetime physical receiver for Joe Flacco to throw at. The Carolina Panthers in an emotional move, released veteran quaterback Jake Delhomme. Even though the Panthers are still on the hook for Delhommes $12 million salary, anyone who watched Jake Delhomme play last year can understand why he’s no longer at the helm. Delhomme struggled mightily last season where it almost looked like he was trying to throw picks. And if he was, mission accomplished. Delhomme should make a great backup veteran quarterback for some team out there.

It’s still early and many names still might be on the move. The implications of these moves and signings are huge for gamblers and sportsbooks who will be watching the next few months very closely and tweeking their odds and betting styles accordingly. Also fantasy gurus will be keeping a close eye on all the moves as where a player goes affects his productivity. Conversely, players moving around can affect the productivity other players staying put. Case in point, Joe Forte of the Chicago Bears, he’ll now be splitting reps, if not competing for a starting position with Chester Taylor, which inevitably puts his current fantasy value in question.

I know it’s early, it almost seems like yesterday when the Who Dat nation took the Superbowl, but let’s face it, it’s never too early to start talking about the NFL.