Punter’s week: Whatever will be Dol-by 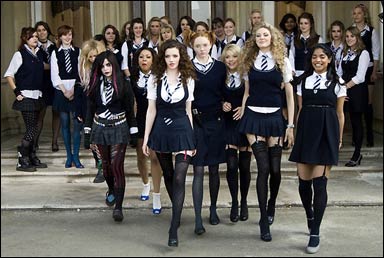 I went to see Thomas Dolby last night. Apparently he named himself after the noise reduction system – you know the one; you always wanted C, but Woolworths only sold units with B. Such was life in the old pick ‘n’ mix days. Anyway, whilst he was blinding me with science my beautiful bets in the appropriately named Waste Management Phoenix Open were slowly coming a cropper.

Amazingly my two rather large fancies – Rickie Fowler and Y.E. Yang – were battling it out with ‘I’ve only won once’ Hunter Mahan. If I had been in my rightful place in front of my lovely HD telly I’m sure I would have been able to transmit a load of useful Ying to Yang and possibly portray some worldly advice to young Fowler (don’t support the dockers after scoring a goal, or something like that).

As it was, Fowler makes the worst decision ever made by a golfer (including any made by Mr Woods) and decides to lay up at the par 5 15th. This man can hit the ball further than I can walk, but he decides to play it safe – I’m beginning to think that some chap from Betfair is whispering in their ears. I bestow loads of third world diseases upon him.

Yang! The man is flying; he’s a major winner playing some beautiful golf, but still decides that the water is a good place to land a ball when playing up the 17th. I think I might give up this golf betting malarkey. Maybe try my hand at betting on the arrers. A bet reduction system. Thomas knows best.

As well my golf bets going up in smoke the BBC announce that they are proposing to close Radio 6 and stop buying US imported programmes i.e. stop the only radio station I listen to and get rid of the only telly programmes (outside of sport) that I watch. I demand action. Of some kind. Maybe a naked protest from a bunch of sixth formers at the local girls’ school. Anyway, enough of that – onto this week’s events in the world of the ‘worst gambler in the south’.

Monday
After getting over the shock of Ian Poulter winning the Matchplay, I decided to spend a day in my local bookies. A morning of horse/dog next race off doubles slowly had me crying into my free, weak, horrible, chemical coffee. I decided to sit at the machines and try and win at slots. Forty-five minutes later and Rocky had given me a pounding in the wallet and the irritating theme tune had given me a pounding in the head. I went to the pub next door and sure enough Beck’s Vier helped make everything ok. It’s lager, but it’s only 4% – so your liver will not pack up. Genius.

Tuesday
A day out at Lingfield in order to back Cashpoint in the first. Liam Keniry’s ride had been tipped up a few respected tipsters, but more importantly also by my mate Simon. A bit early doors on the exchange and a few quid more at the track made it a perfect start to a lager fuelled day out. Hats off. Trousers off.

Wednesday
Got my golf bets ready for the impending disaster detailed earlier. As well as backing Fowler and Yang, I also had some dabbling on Nick Watney and Freddie Jacobson. I actually have a new plan; Fowler, Yang, Watney and Jacobson will win at some point this year. So, I hereby declare I shall back these four every week. In other words I’ve decided not to give up golf betting. My famous four will make us all rich – possibly every week.

Friday
A night out at the Victoria Casino off the Edgware Road. Ended up £75 down after playing for four hours. Why bother? Because it’s there.

Saturday
Had a lumpy each-way bet on Madison du Berlais in the Racing Post Chase at Kempton. Watched the odds drift a tad, and then watched the thing finish a respectable 30 lengths fourth behind the gambled winner Razor Royale (hint of sarcasm). Follow a gamble – there’s my advice (but only in hindsight).

Added to the ante-post portfolio bets:
Nick Watney – US Masters 50/1