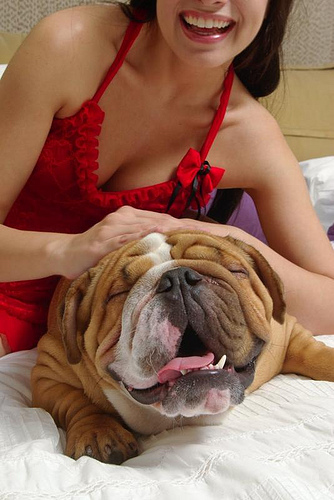 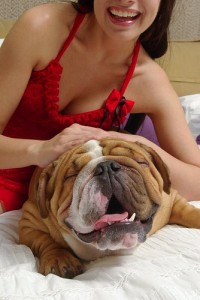 There’s a decidedly Christmassy feel to London this morning. I’m going down with a cold, I’ve got an ‘angover and I’ve ‘ad a massive row with the gaffer, Calvin. Oh, and it’s snowing outside.

There’s something about seeing snow fall that awakens the little puppy in me, which is perhaps why I’ve been hiding Calvin’s underwear, shitting in his garden and throwing fireworks at the cat.

And the bookmakers ‘aven’t been slow to exploit such romantic wistfulness either. Indeed not only ‘ave some bookies slashed their odds on a White Christmas to around 3/1 but Paddy Power ‘ave gone and paid out already.

Never mind the fact that the Met Office has said the cold snap will ease after the weekend. And never mind the fact Gallagher is a fucking postman. Fuck me, I ‘ate postmen. One o’clock he delivered my post today. One o’ fucking clock! I’ve still got a piece of his jacket stuck in me canines, which hopefully might learn im a lesson.

Anyway, where was I? Oh yes, Paddy Power. For good measure they ‘ave even extended their seasonal cheer to everyone who bet on a White Christmas occurring in London ‘n all – making a grand total of €95,000 in Christmas bonus for over 4,000 customers.

“Met Eireann think we’re bonkers as they say there’s ‘snow’ chance of a white Christmas but Michael Gallagher’s predictions and a frosty London town are all good enough indications for us and we’re happy to stick our necks on the line,” said a disingenuous Paddy Power spokesman before rushing off to do ‘is next priceless TV interview on what ‘as been a slow news day.

The staff writers on this website ‘ave never been slow to commend the Irish bookmaker on its PR stunts and this is yet another example of opportunism. After all, if you were thinking about ‘aving a punt on a white Christmas – or in fact anything – why wouldn’t you choose a bookmaker that’s ‘appy to cough up even when you lose?

This is the same bookmaker that refunded all bets placed on Ireland to qualify for the World Cup after they lost to France following Le Hand of God – which incidentally ‘ad me pissing my pants. I mean honestly, what makes de Irish think they’d ‘ave won even if Henry’s goal had been disallowed, eh? – Fucking Paddies.

Anyway, the point is Paddy Power will view the €95,000 outlay as money well spent for the column inches generated in the national rags, the customer attraction and of course the punter retention.

Having spotted the publicity value in the newsworthy bet Paddy Power are fast becoming kings of the novelty betting market. Ever since grabbing the ‘eadlines for offering odds of 12/1 on Barack Obama not completing his first term in office (international exposure) the Irish bookie ‘as continued to offer odds on everything from whether or not the population of Polar Bears will decrease in the next two years (high brow news exposure), to whether Tiger Woods will get divorced (tabloid news exposure).

The only risk with this approach is that Paddy Power occasionally oversteps the mark and generates negative publicity, like with the Obama bet and the recent Tiger Woods Specials. But then again wasn’t it an Irish writer, Brendan Behan, who first coined the phrase there’s no such thing as bad publicity…? Christ, Calvin’s forever embarrassing himself at industry parties and it doesn’t seem to ‘ave done him no ‘arm. Unfortunately.